Thank you to everyone who participated in the success of the 2014 edition of Lengow E-Commerce Day, which took place on Thursday 3rd April in Paris.

Over 350 of you participated in the numerous conferences and workshops proposed by Lengow and partners, including Google, Twitter, PriceMinister, Microsoft, iAdvize, SpreadButton, Bazaarvoice, Be2Bill, etc. Throughout the day there was a great response on Twitter with the hashtag #LengowDay, allowing those who were not present to get an insight and updates on the day’s events.

Here is a brief summary of the day:

The day was opened by Jérémie Peiro, Lengow’s co-founder, who gave a brief presentation on Lengow’s history, as well as on key company developments since the last Lengow Ecommerce Day. 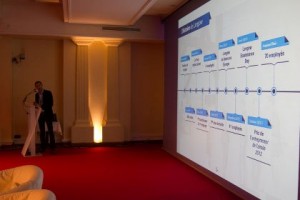 Olivier Mathiot, head of marketing at PriceMinister-Rakuten, kicked off the conferences by sharing his vision of e-commerce, explaining key factors to success and future trends within the industry. 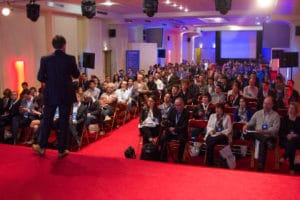 Attendees were then invited to participate in a round table meeting, which addressed the subject of cross border selling. The debate, led by Lengow’s COO Nenad Cetkovic, welcomed numerous experts, including Haruely Nojiri, Key Accounts Director at PayPal and Philippe Chauvel, Commercial Director at Salesupply France, to discuss the issues of international sales and the localisation of e-commerce sites. 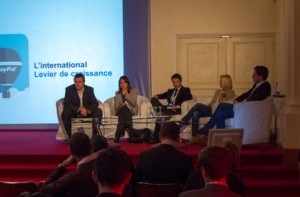 Next up was Maxime Baumard from iAdvize, who discussed the importance and challenges of good customer relationships in e-commerce. Among other things, good customer e-relationships reduce cart abandonment rates and progressively increase sales.

To conclude the morning, Skender Berisha, Product Manager at PriceMinister took to the stage to demonstrate how to develop Internet business through integrating a marketplace such as PriceMinister, as well as the points that distinguish PriceMinister from other marketplaces: tools for professionnals, on-site marketing campaigns, loyalty programs, etc.

The lunch break gave everyone the opportunity to discuss common issues faced by retailers and find areas for potential future collaboration. This cocktail lunch allowed our partners and customers to meet and discuss ways of improving e-commerce performance. 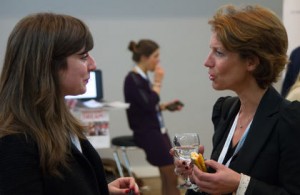 After the break, we were delighted to welcome Frank Fuchs, Microsoft’s OSS Evangelist, to the stage. He presented (in English) the latest innovations relating to the search function on Windows and announced the arrival of Cortana, the virtual personal assistant introduced in Windows Phone 8. 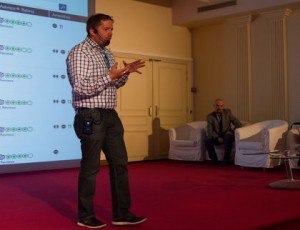 Then, taking place in parallel, Alexander Sinson from Bazaarvoice spoke of the importance of managing customer ratings and reviews, and Leo Sei led a workshop on Google Remarketing (probably one of the most successful workshops). 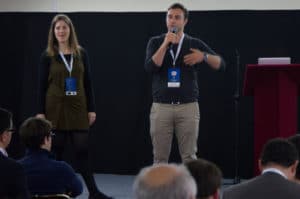 In the late afternoon, we had a chance welcome Olivier Martineau, co-founder of SpreadButton, who shared his secrets on how to win customers via Facebook and other social networks: 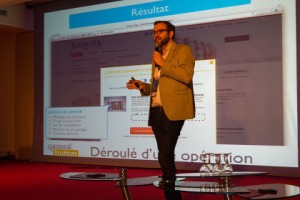 Renan Aulanier of Be2bill also shared his clear and educational vision of implementing an e-payment strategy in order to optimise conversion rates. 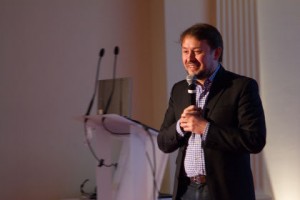 Just before the final round table on “alternative models of distribution”, Malik Aberkane took to the stage to discuss Twitter and how to increase interaction and customer acquisition through different Twitter Ads advertising formats. 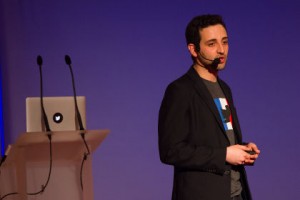 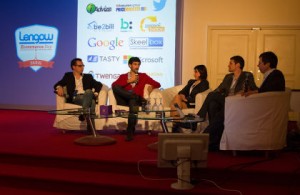 As a reward for having the most retweeted message mentioning the hashtag #LengowDay, Majid Khloufi was awarded a Playstation 4:

A great day! We look forward to seeing you all in Paris next year! 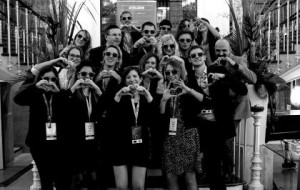 P.S: Lengow E Commerce Day has already been organised in Brazil and following its success Lengow is currently organising the event to take place in both the UK and Germany this year. Stay tuned for more info!