This week saw the 2014 edition of Magento Imagine take place in Las Vegas, Magento‘s annual event. Through various conferences and workshops spread out over four days, the company acquired by eBay in 2011 presented its new features to the community. This year there was a particular focus on improving and guiding partners use of the e-commerce solution, which is employed by over 240,000 e-commerce shops worldwide.

Lengow attended this year’s edition to get closer to the community, get some interesting insights and most importantly to develop its Magento plugins for the e-commerce solution.

Magento is an open source solution with a strong community and this event really confirmed this! As soon as we arrived we were impressed not only by the sheer number of partners present, but also their passion and enthusiasm for improving the ecommerce solution. There was around fifty partners united in the main hall presenting their innovations. 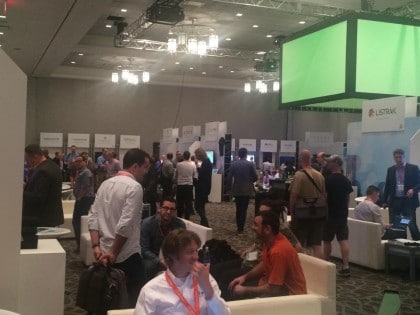 It was fantastic to be part of such a dynamic and interactive atmosphere. We had the opportunity to speak with a large number of partners, which should lead to some great partnerships in the coming months, which will help evolve Lengow and it’s features!

Among those present we noted the French startup Akeneo, a PIM solution that was installed alongside ORO, the CRM was founded by the co-founder of Magento: Yoav Kutner.

The barcamps and other workshops offered to merchants are a great par of Magento Imagine. Dozens of them take place throughout the event so that any merchant and indeed partner can deepen their knowledge of Magento or discover new tools and features. 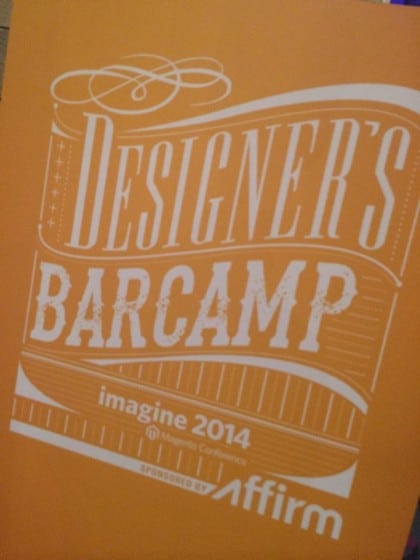 Our technical team was able to follow a lot of interesting interventions that will improve performance and functionality of future Lengow modules for Magento.

The moment everyone was waiting for was the speech by Magento’s co-founder Roy Rubin, who announced his departure from the company last week.

He has greatly contributed to the success of Magento and will now pass the torch to Mark Lavelle, who will succeed him as head of the company.

The figures speak for themselves! And when you see an event like the Magento Imagine, you can understand how they achieved these impressive stats.

Mark Lavelle then unveiled the latest versions of Magento, which could disappoint some partners and developers, as they have been judged as behind with the times for 2014. Version 1.9 of the CE version (Community Edition) and 1.14 of the EE (Enterprise Edition) are now available and can be download here.

What’s new with these latest versions? Not much, here are the main new features:

The new version will of course be supported by Lengow and our plugin. However, the real question on everyone’s lips during the event was regarding Magento version 2: “Where is it?”

Not much was revealed but we do have a launch date: December 2014 for the beta version and March 2015 for the final version. Other than the fact that it will support the latest technologies (HTML5, CSS3, jQuery, …) we not know much else!  So we will have to wait and see!

Magento is an open source e-commerce solution originally developed by the U.S. company Varien and based on the Zend Framework. Since its launch Magento experienced great success and has enormously progressed since the release of V1, in March 2008. Since 2010, Magento offers a Professional version of its ecommerce solution, as an alternative to the commercially licensed Enterprise Edition (Magento EE). This version of Magento includes not only client support and publisher’s warranty, but also a loyalty system, gift cards management and customer credit. In June 2011, eBay Group bought 51% of Magento. Magento is thus an integral part of Ebay’s X commerce ecosystem, an application platform, which has also been part Lengow since 2011.

The best of both worlds: Benefits of an Amazon Hybrid account

5 tips for your marketplace strategy in Germany