Zalando is one of the most popular marketplaces of today! The company achieved a turnover of 8 billion euros in 2020, up 23% year-over-year. Zalando has already 38.7 million clients in Europe and counting…

In the second quarter of 2020, about 180 new brands started selling on Zalando and using its services, including Zalando Fulfillment Solution (ZFS). In fact, the volume of items shipped via  ZFS has increased by 180%!

Further details about this logistics and shipping service can be found on Lengow.

What is fulfillment and how is the ZFS program defined?

Fulfillment is a logistics service offered by some marketplaces (Zalando, Amazon,  Cdiscount…). It enables merchants to entrust their stocks to marketplaces that will manage and deliver the products to the end customer.

Zalando Fulfillment Service (ZFS) grants Zalando Partner Program partners access to the logistics network and shipping and storage capabilities of Zalando. The marketplace takes over responsibility for the entire customer-facing logistics chain. It manages shipment and potential returns; shipping costs are shared by several brands with the “One box” Zalando  Fulfillment Solutions.

What is One Box?
It’s a unique solution for outbound deliveries and returns. A customer who places a multi-brand order receives a single box and can return everything together at the same time.

Who can benefit from it?

How does it work?

Deliveries can be shipped to one of the warehouses in Germany, Poland, Italy, France, and  Sweden. All customers’ orders are consolidated and shipped in the “one box”. 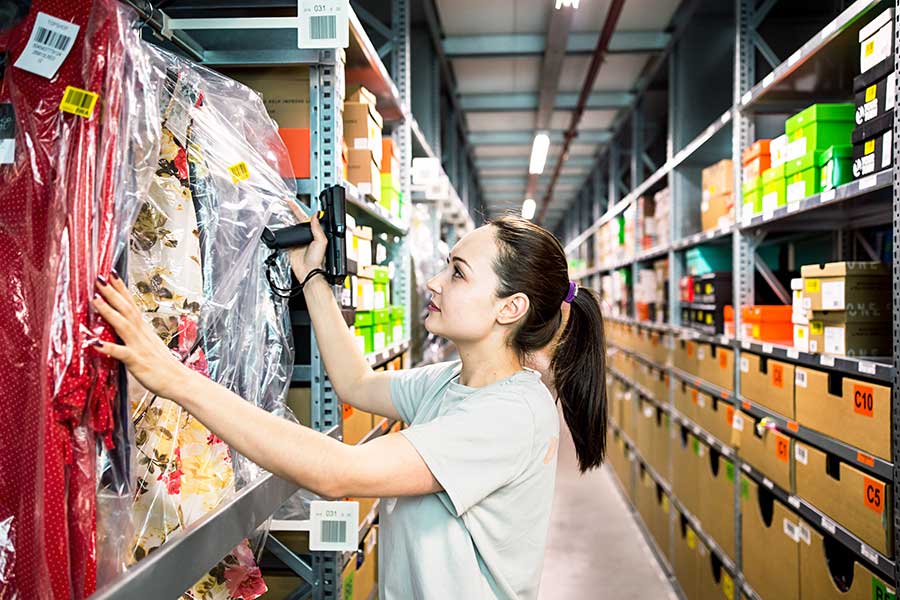 What are the benefits?

“The benefit for partners is that they can focus on their actual business, namely selling and marketing their products”, explains Jan Bartels, VP Customer Fulfillment and Logistics (source: Zalando Annual Report).

With this program, Zalando offers its partner network an international logistics network and well-established expertise. It allows brands to achieve high service standards and internationalize their business quickly.

It also enables them to save on logistics costs: merchants benefit from saving time and money on inventory and warehouse management.

Moreover, this program puts an emphasis on the ecological aspect: “No miles are driven  without good cause.”

Summary of benefits for merchants:

One of the reasons ZFS was developed was to meet the customers’ growing expectations:

How does Lengow integrate with this program?

Lengow is now compatible with ZFS shipping services. In addition to centralizing the management of your fulfillment programs, our platform enables you to distinguish between your usual orders  (which require you to manage and ship them as a vendor) and fulfillment orders (managed by the marketplace).

Prerequisite to use ZFS with Lengow: To use ZFS via Lengow, you first need to subscribe and activate the ZFS program on Zalando. There are no other changes when it comes to authentication or settings on Lengow.

Integrating with the Lengow platform will be progressive and developed initially to be used through an API.

From today onwards, you are able to access your ZFS-managed orders from the Lengow interface and set them apart from your regular orders.

The API also enables you to see an overview of your inventory in Zalando warehouses in the form of a daily report, and set up occasional inventory reports with variable parameters (EAN, warehouses, dates, etc.).

Shipping management and tracking your products within the Zalando network will not be available on Lengow right away, but at a later time, you will be able to access it through the API, and then directly on the Lengow interface.

When it comes to the management of your ZFS shipments, the mandatory documents requested by Zalando (1 return notice and 1 shipping notice), are available to retrieve via the marketplace. You are then able to access them via API, and eventually, they will be generated automatically on Lengow in a personalized manner.

Zalando is one of the most demanding marketplaces with its network of merchants. The marketplace places particular emphasis on the consistency of the product range presented on its website. Moreover, specific delivery conditions must be respected in order to ensure customer satisfaction (imposed carrier, facilitated returns, respected delivery times, etc.). However, Zalando, stimulated by the COVID crisis, offers great international business opportunities for all of its merchants in return for these efforts.

And now, with ZFS, the marketplace can take over all of the logistic aspects, so why not use it to your advantage?