Temu, a shopping app developed by China’s Pinduoduo, has become the most downloaded in the U.S. since its launch in August 2022. It offers a similar value proposition as AliExpress and Wish, with a focus on providing inexpensive goods that can be shipped within a week or less to Western consumers.

Temu’s rapid ascent to the top of the shopping app market has largely been fueled by advertising. It remains to be seen whether the app will be able to maintain its position in the coming years. The Chinese company behind Temu, Pinduoduo, had 868 million active buyers in China in 2021 and processed $383 billion in gross merchandise volume.

Temu, No.1 downloaded Shopping App in the US

As a cross-border e-commerce marketplace developed by Pinduoduo, a Chinese C2M shopping platform, Temu was launched in the U.S. in late August 2022 and quickly gained widespread attention within three months. Temu’s popularity can largely be attributed to advertising but also to its strategy of offering free items to users who promote the app on their social networks and get their friends and family to sign up.

Data.ai shows that since its launch, it has become the No.1 app on the US App download list so far.

According to Sensor Tower, the United States is currently Temu’s largest market, accounting for 97% of the app’s 5.2 million global installations since its launch in August 2022. In addition to the U.S., Temu has also recently expanded to Africa, where it has reportedly performed well. It is rumored that the company plans to enter the Canadian and Spanish markets next.

Pinduoduo, the parent company of Temu, has become a dominant force in the domestic e-commerce market in China, but it remains to be seen whether it can replicate this success abroad. Some believe that the concept of bringing Chinese supply chains to overseas markets could be successful, but there are also many skeptics who have doubts about the Temu platform, which is similar to other “low-cost” marketplaces such as Wish and AliExpress. 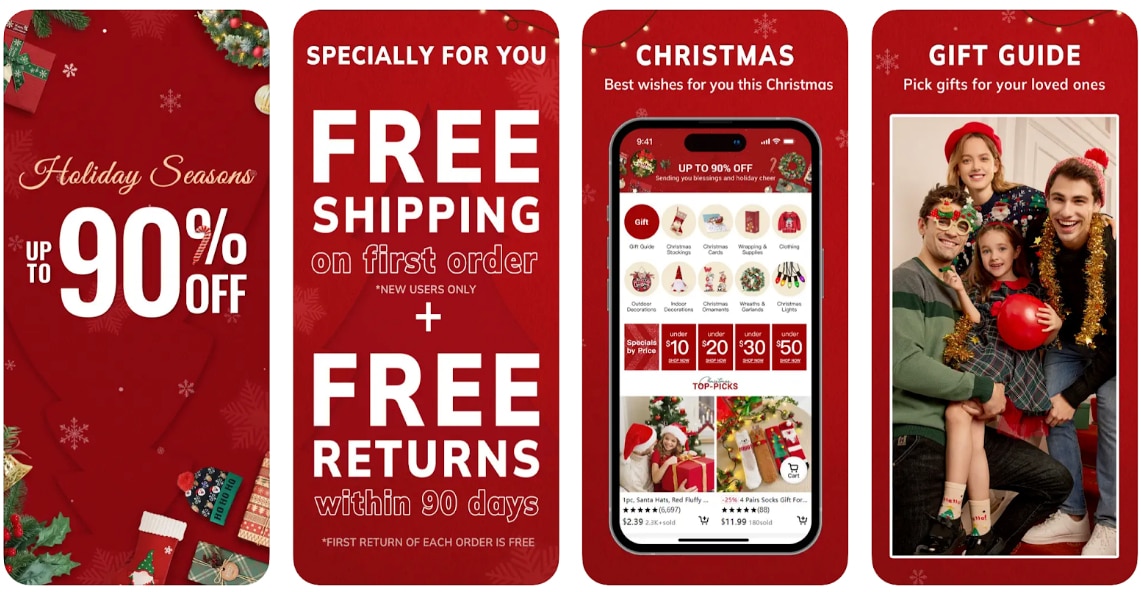 Benefits of and for Temu

Hurdles and Challenges for Temu

Many believe that Temu is still managing its overseas business with a domestic Chinese mindset and will therefore have very limited growth overseas. One of the reasons for Shein’s success, a Chinese online fast fashion retailer, is that it is focused on women’s apparel and lifestyle, whereas Amazon is at a disadvantage. In contrast, categories on Temu are not very much different from Amazon, AliExpress, or Wish.

Below you can find some of Temu’s challenges:

Reviewing the above positive and hesitant opinions on Temu, we have to admit that Temu is still at a very early stage in the global market. The success of low-cost players like AliExpress and Shein has made us aware of the global downgrading of consumption. Temu should continue to learn from the lessons of other similar marketplaces and improve its sustainability to avoid just becoming a flash in the European and US markets.

Karen has unique insights into both the Chinese and European e-commerce markets and is committed to accelerating communications. Before Lengow, Karen worked in governmental and cultural PR between the EU and China.

From ‘Made in China’ to ‘Created by China’: How Merchants are Revolutionising Manufacturing in China

Little Red Book, the e-commerce app based on community