Boxing Day 2015, A Roaring Success in the UK

Surpassing even the most extravagant expectations, Boxing Day 2015 was a real success in the UK with shoppers flocking to the high street from the early hours of December 26th and hopping online as early as Christmas Day, which itself saw record highs of online sales. 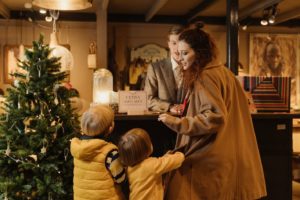 Over the years, the British Boxing Day Sales have become a tourist attraction, with foreigners from all over the world flocking London’s most prestigious stores to bag luxury bargains.

This year wealthy tourists from China, the US and the Middle East spent 4-5 times as much as their British countreparts and made up about 50% of the Boxing Day shoppers. – Jace Tyrrell

This year, with queues starting in the early hours of the morning and weaving around entire buildings, Harrods decided to treat their customers to hot drinks, to make the wait for store opening more tolerable. Other stores, such as Marks & Spencer and House of Fraser, anticipated the rush, opening their doors as early as at 7am!

The economy has made consumers savvier, meaning they are more likely to wait for sales to make purchases. – Howard Archer

Pre-Christmas sales are becoming increasingly commonplace and more and more successful but not detracting from traditional post-Christmas sales days. A RadiumOne study shows that shoppers tend towards buying online in the lead-up to Christmas and in store in the January Sales. Selfridges definitely showed true to this trend and proved that the high street is far from dead. With a queue of over 3000 people on Boxing Day morning, they enjoyed their best hour in history making £2 million in their first hour of trading! A further 130,000 people entered the store throughout the day. Springboard reported an 11.5% increase of the number of people on the high street this year compared to 2014, with the majority checking where to find bargains online before heading to physical stores.

However, huge hoards of people aren’t to everyone’s liking and although the Press Association predicted that 22 million shoppers would spend £3.74 billion on Boxing Day 2015 (a 6% increase on 2014), IMRG also predicted that a whopping £856 million would be spent online (a 22% increase on last year), a figure which has since been confirmed by the PCA.

This reinforces once again, the fact that online sales are going from strength to strength and are in turn boosting the position of ecommerce in the UK’s economy. Boxing Day 2013 accounted for 17% of all UK online visits, with one in every six visits going to a retail website. Thanks to big sales days such as Black Friday and Boxing Day, UK ecommerce spending is expected to top £50 billion this year and by 2017, online sales are expected to account for 15% of the UK’s economy!

Why not find out more about Lengow today:

How to prepare for Boxing Day and the January Sales

Emerchants: How to prepare for Boxing Day and January Sales!