TikTok has taken the West by storm, generating the most downloads per quarter for any app when it accumulated 315 million installs during Q1 2020 while much of the world was in lockdown.

Brands and retails should similarly pay attention to rival short-form video platform Likee, who saw average mobile monthly active users (MAUs) increase by 208.3% to 115.3 million in Q4 2019, making it the second most popular globally. Already a hit in markets such as Russia and India, Likee is making its push to enter the western ecosystem of social networks. What makes this latest short-video platform stand out?

Likee provides users with fun ways to create short videos, music videos, recreate scenes from hit movies and share funny moments with their followers. Users can choose popular music, record a video, speed footage up, slow it down and add stickers, filters, and special effects to their video. The short-form (15-second) videos can be recorded or live-streamed, allowing for real-time interaction.

Content is user-generated, and the application has an interactive community that shares, likes and comments on videos. The app uses an artificial intelligence algorithm for precise content recommendations for its users. Users are typically generation Z, turning to the platform for self-expression and to follow entertaining Likee celebrities and influencers.

The future of influencer marketing is in China

TikTok vs Likee: what’s the difference?

Today, TikTok has 800 million active users worldwide (Datareportal), a number which has undoubtedly skyrocketed since the COVID-19 health crisis began. The idea behind TikTok is simple: it is a social platform for sharing short videos, similar to Vine. As with Likee, videos on TikTok can be up to 15 seconds long or are live-streamed, there are different songs and filters you can apply, and you can create collaborative split-screen videos by replying to someone else’s post. Household celebrity names are frequent users of the platform including Justin Bieber, Kylie Jenner and Jennifer Lopez.

While there are many similarities to TikTok, Likee is not simply a clone of Bytedance’s hit platform. Cutting-edge tools and Artificial Intelligence are Likee’s key point of differentiation. 65% of the Joyy group’s 7,000 employees are engineers, driving this leading technology. The application offers a video creation and editing suite, advanced AI and AR-based technology, body recognition and 4D special effects, an extensive music library and over 1,000 video effects including beauty and video filters and stickers.

Likee’s special effects are not just simple colour-changing filters, its editing features are remarkably advanced, including realistic filters to change hair colour, 4D magic to leave and re-enter a room, and superpower effects that users can use to create their own blockbuster movie. 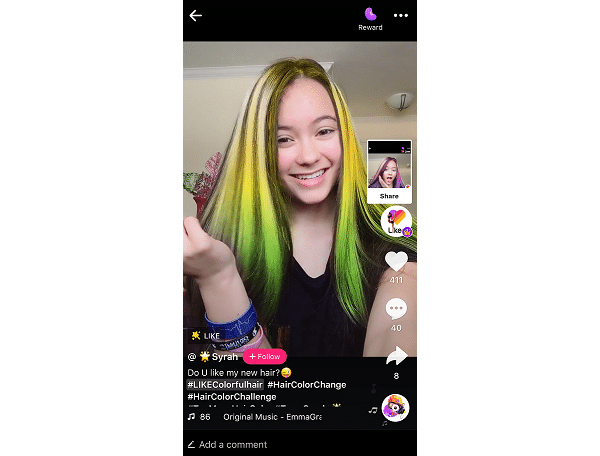 Community is also a key part of Likee’s success. The app introduced a reward system, where users with highly rewarded videos can climb up a ranking ladder and unlock new features and special effects, creating greater stickiness and improving user loyalty. On both applications, users are engaged with viral hashtag campaigns. However, Likee has a strong localisation strategy: in successful markets such as India, there are granular localisation campaigns in multiple Indian languages and collaborations with local Indian celebrities and presence at multiple Indian festivals. Thanks to these efforts, India has contributed to over half of Likee’s recent global users.

Joyy Inc. also integrates Likee’s video content into its other entities, such as messaging app IMO for users in over 45 countries and regions. IMO hit 212 million MAUs last quarter, and 50.2 million of them watched Likee’s embedded videos, which feeds the growth of both apps and boosted Likee’s MAUs by 413% from a year earlier. 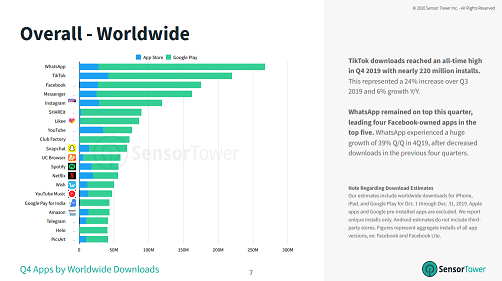 Although still has a long way to go to catch up with TikTok, who generated 176M USD in revenue in 2019, Likee ranked first place in App Annie’s ‘Top 10 Breakout Apps‘ of 2019 and charted 6th in Sensor Tower’s list of most downloaded apps in 2019. Brands and retailers should. Brands and retailers, don’t ignore this opportunity to get ahead of the competition and market your products on what is set to be the next big short-video platform.