Over the last few weeks, China has proved its mastery in a range of Olympic events. However, its prowess is not limited to sporting events: it is the global ecommerce leader. 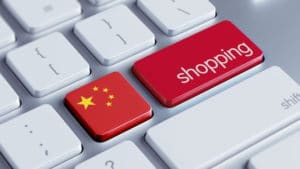 In 2015, over 40% of total eCommerce spending around the world came from China, and the Chinese ecommerce market is projected to reach a value of $1.6 trillion by 2018. However, internet penetration remains under 50%, so there is still plenty of potential left in this burgeoning market. It is predicted that by 2020, this will reach 70%; in other words, in four years time, there will be 891 million online shoppers in China alone.

The potential of China cannot be overstated, and ecommerce is a great way for retailers to enter this promising market. What’s more, it can be particularly lucrative for European retailers, as European products are seen as high-quality and prestigious. However, it does not suffice to simply use your European strategy when selling in China, as this market has its own specific features and trends. Neglect these, and your business will likely fail.

For example, retailers need to take into account ‘Single’s Day’, which falls on 11th November. Although relatively unknown elsewhere around the world, this is now the largest online shopping day worldwide, with $14.3 billion spent on this day alone in 2015. What’s more, marketplaces are crucial to selling in China, as 90% of all online retail sales are generated via these platforms. The top marketplaces Taobao and Tmall Global (which belong to Alibaba Group), and JD. Amazon is relatively unpopular in China, with only 2.2% of the market share. However, Amazon has faced criticism for not adapting their site to suit Chinese consumers, which proves just how important it is to adapt your offering accordingly.

However, there is one trend which transcends borders: m-commerce. Over $333 billion worth of sales were made using mobile devices in 2015, representing an 85% increase from the year before. China has over 700 million mobile phone users, which may explain why a recent study by iResearch revealed that 60% of online shoppers in China use 2-3 shopping applications when buying a product online. M-commerce is also favourable for shoppers because the top payment method of choice is online wallets (31%), which are often available in application form.

After all the Olympic champions, Lengow will be in London too!