As the eyes of the e-commerce world closely watch Alibaba Group this month while it prepares to become a publicly listed company in the United States, now is a good time to take a closer look at the world of Chinese e-commerce.

Given the fact that China has the world’s largest population—nearly 1.4 billion—and its economy has grown tremendously in recent years, it is isn’t too surprising to see that Alibaba’s retail sites have had many customers. 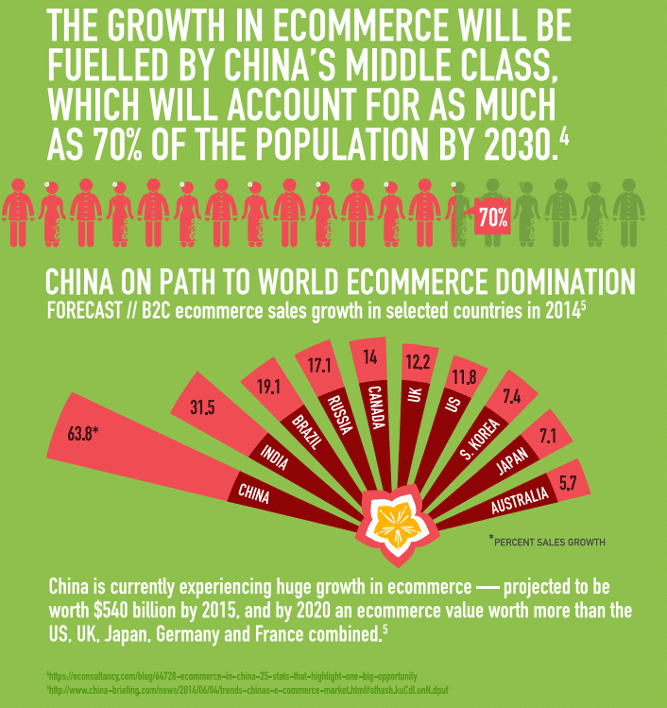 But the success of China’s leading e-commerce company—which is expected to become more valuable than even Amazon.com (which was recently featured on the Lengow Blog) if it raises all the capital it hopes to with its IPO—often overshadows other merchants who are formidable in their own right.

Before Ali Baba starts to strut its stuff on Wall Street, it is worthwhile to find out more about an online retail market whose value is expected to reach $446 billion in 2014.

Though AliBaba Group’s TMall.com dominates China’s B2C retail market with over 50 percent of its overall share, there are nine other notable local and international websites who also have succeeded. The following graph from iResearch Consulting Group shows that both home-grown sites like Tencent as well as Amazon China and the Walmart-owned YHD.com (formerly known as Yihaodian) are holding their own. 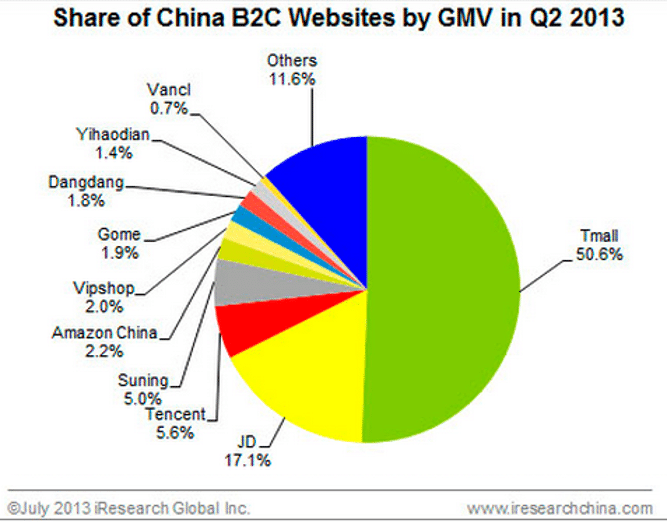 Another ingredient for Ali Baba’s recipe for success in China is its extremely popular C2C website Taobao, which is essentially a local equivalent to eBay. Business Insider’s March 2014 report points out that the large selection of products on sale (nearly a billion) attracts enough traffic to make Taobao one of the 20 most-visited websites worldwide.

According to a recent report by China Connect CEO and Founder Laure de Carayon, over 400 million of the 640 million Chinese internet users are shopping online. Not surprisingly, 300 million of these shoppers constantly look for deals on Alibaba’s TMall and Taobao.

However, as Alibaba prepares to rake in the money on Wall Street, other e-commerce companies are doing their best to keep pace. As a September 2014 Pymnts.com article available on the Lengow Hub shows, there is even a partnership in place involving Baidu (China’s Google equivalent), Tencent and popular department store chain Wanda that is a response to Alibaba’s moves.

Knowing how Chinese e-commerce is conducted is as important for merchants to know as where.

KPMG China’s whitepaper E-commerce in China: Driving a new consumer culture, published in January 2014, reports that over half of those surfing the web in China make purchases on mobile devices. With the surging popularity of smartphones created by Chinese companies such as Xiaomi and Huawei, e-commerce merchants should expect the number of mobile shoppers in China to rise. 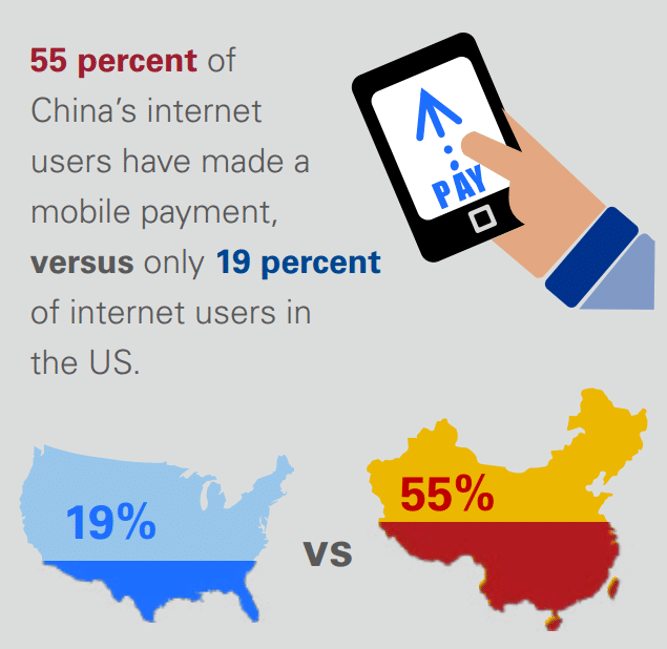 The numbers in the KPMG China infographic above clearly show that mobile will be an increasingly important aspect of the online strategies of merchants who are considering adding China to their crossborder strategy (previously analyzed by Lengow CEO Mickael Froger on the Lengow Blog).

Stay tuned to the Lengow Blog (by subscribing to our RSS feed) for an upcoming United States e-commerce-focused sequel to this report and our October 2013 report on e-commerce in France.

Interview: Alibaba, a key player in the Chinese market