E-Commerce in Germany 2019: Smartphones and cross-border gain in importance

The Ecommerce Foundation has published the 2019 edition of its annual report on e-commerce in Germany. The report contains some figures from 2018, as well as some interesting surveys and forecasts for 2019. In this article, we take a look at the report and reveal trends in Europe’s second largest e-commerce market.

An overview: internet presence and e-commerce in Germany

According to data from the Ecommerce Foundation, 88% of the population, or 73.02 million Germans have internet access in 2019. 87% of users access the internet daily; 11% at least once a week. These are relatively good conditions for online trade in the country. In 2018, e-commerce grew by 11.4% in Germany, with similarly good growth expected for 2019. 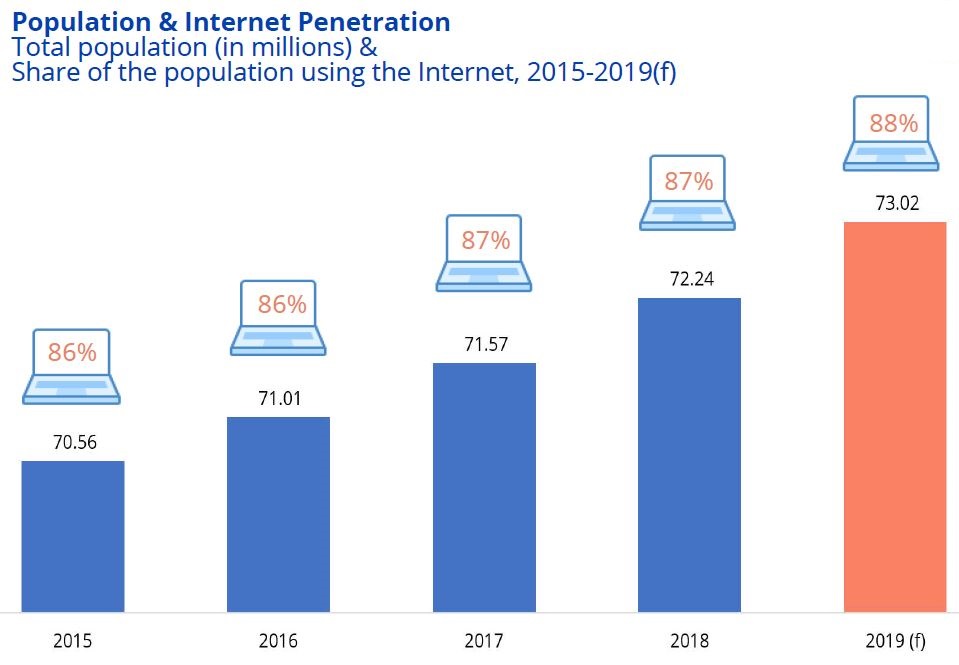 Ecommerce Foundation estimate 88.05% of the German population will make at least one purchase online in 2019. 52% of consumers choose Paypal as their payment method, 26% invoice and 12% credit card. For Germans, the most important factor in delivery isn’t speed (23%), but delivery location (36%).

Smartphones – where the trend is heading

Although the figures differ, one thing is certain: more than half of online sales today are made with a mobile device (smartphone, tablet, etc.). Germany matches the trend; the mobile share of e-commerce was estimated at 50% in 2018. Although the Ecommerce Foundation makes it clear that around 33% of product searches still take place via computer, the smartphone is already at second place with 25% of searches.

It is also interesting to see what will be bought via smartphone in 2019. Goods are ahead – 58% of clothes orders and 55% book orders will be bought via mobile. This is closely followed by flight tickets (51%) and visitor tickets (48%). Food will be least commonly purchased on mobile at 15%. A recent survey shows that Germans rarely buy groceries online, less than a third of German consumers do some or all of their grocery shopping online.

Although mobile shopping apps such as Joom and Wish are right at the top of German download charts, cross border shopping on smartphones is relatively uncommon – only 14% of German consumers go mobile, while 77% continue to use computers. But cross-border e-commerce is a good buzzword. 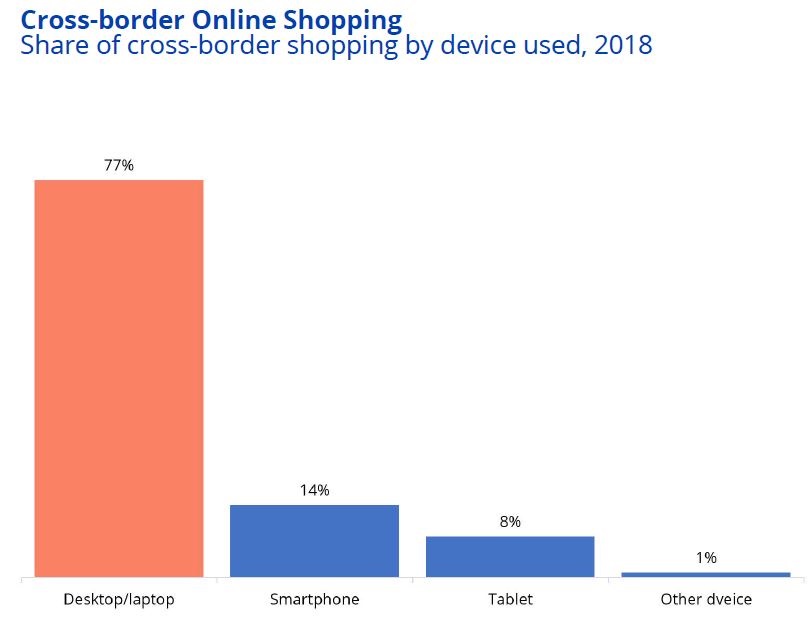 Cross-border e-commerce in Germany continues to be important

Two thirds of all online shoppers in Germany, or 66%, have already made international online purchases, according to a study by the University of Siegen. According to the Ecommerce Foundation cross-border purchases are mostly made in neighbouring European countries (69%). This is followed by China – 44%, the US – 32%, and the UK – 29%.

German e-shoppers view small, ‘untrustworthy’ shops as obstacles to cross-border purchases. 68% would rather buy cross-border in “large, global online shops”. Over half of Germans would prefer to shop online using a website in German.

The Ecommerce Foundation gives advice to online retailers and brands who want to sell to Germany. Retailers should pay particular attention to the following details: provide a “.de” domain and a store in German language, as well as a well-functioning returns system (preferably with a German return address). Lastly, always keep in mind this three-point rule: “Rules, Punctuality, Efficiency”.