Tmall plans to grow its marketplace globally in 2015

One of the most important developments in 2014 was the rise of Chinese ecommerce. If there was any doubt earlier this year that China is serious about ecommerce, China’s Singles’ Day surpassing sales for Black Friday and Cyber Monday last month—thanks in large part to the popularity of ecommerce sites owned by Alibaba Group—proved otherwise. 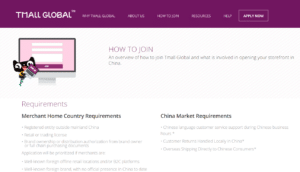 One thing to keep in mind is Alibaba Group is not just interested in being known as “the Chinese online business leader.” It wants to make its mark internationally and one reason is it is expected to do that in 2015 is its Tmall site will expand to new markets via Tmall Global (www.tmall.hk).

Before reviewing the details of Tmall’s plans to allow more foreign merchants to sell to the ever-growing Chinese online shopper demographic, it is important to take a look at Chinese ecommerce as it stands right now.

The observation on the ground from Lengow COO Nenad Cetkovic was that the best is yet to come in 2015.

“The Chinese ecommerce market operates very differently compared to markets in Europe. One thing to take note of is leading companies in China—Tmall and to a lesser extent Taobao—are owned by Alibaba. In this market, an online merchant will need to be assisted by a local actor like Tmall in order to understand its unique characteristics. Some of these include the way products are presented (the inclusion of more pictures and complementary product details) and customer support (acceptance of local payment platforms such as Alipay and 24/7 live chat support),” said Cetkovic.

“On the other hand, Chinese merchants are very open to international markets, including Europe and Latin America. However, they acknowledge their limited expertise in regards to efficiently promoting and distributing their products in Europe. This is why members of the Chinese ecommerce ecosystem recognize the value of the Lengow solution in regards to the aforementioned fields and decided to award us last month.”

One of the strengths of Tmall Global is it allows foreign merchants to customize their landing pages while also presenting products in a way that Chinese shoppers are using to seeing them. Tmall transactions are carried out with the aforementioned Alipay, which needs to be linked to merchants’ bank accounts. Merchants need to fulfill orders within 72 orders of payment, products need to be shipped directly to China and they must arrive within 20 days of an order being placed.

Merchants who want to setup shop on Tmall Global can do so within 3 to 4 weeks. They can get started—or ask questions about the procedure—by contacting Tmallglobal@service.alibaba.com.

More information about Tmall Global is also available at about.tmall.com.

Marketplaces for the Growth 2000 - RetailX and Lengow Report

Even before acknowledging the effects of the pandemic, the internet was the quintessential way to reach the younger generation. Yet…

In 2021, the European online cross-border market will generate €171.2 billion in revenue (excluding travel), up 17% year-over-year. The cross-border…

Find out how Nespresso fast-tracked their omnichannel strategy in over 35 countries globally with Lengow.